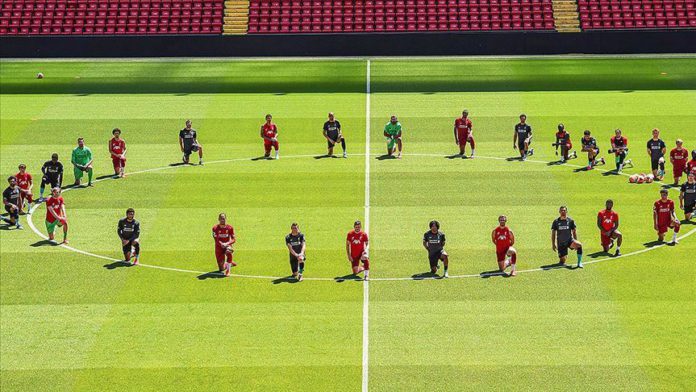 Liverpool players on Monday protested the murder of George Floyd by kneeling on the pitch in their stadium.

“Unity is strength. #BlackLivesMatter,” the English Premier League club said on Twitter, sharing a photo in which the team players — including Dutch star Virgil van Dijk — knelt around the centre circle at Anfield.

An unarmed black man, Floyd, 46, died on May 25 in Minnesota, US after Minneapolis police officer Derek Chauvin knelt on his neck for nearly nine minutes.

His last words were “I can’t breathe” which became the slogan of the nationwide demonstrations.

The death of Floyd sparked the ongoing protests across the US.