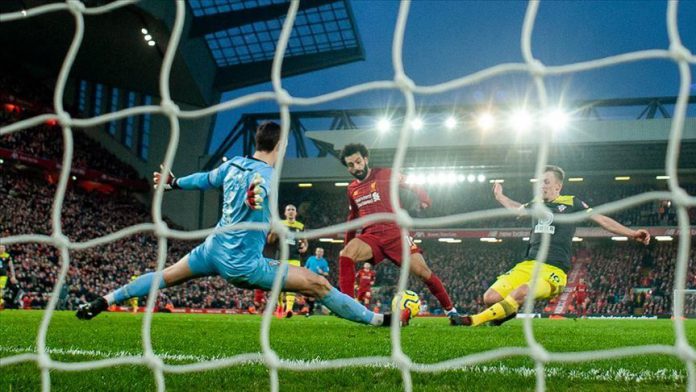 Liverpool toppled Southampton 4-0 to extend their winning streak to 16 games.

At Anfield Stadium, neither team was able to break the deadlock in the first half, but Alex Oxlade-Chamberlain scored the opener in the 47th minute.

The Reds’ other goals came from Jordan Henderson in the 60th minute and Egyptian star Mohamed Salah in the 72nd and 90th minutes.

As a result, Liverpool maintained the lead at the top of the English Premier League with 73 points.

In another match on Saturday, Leicester City were held to a 2-2 draw at King Power Stadium to Chelsea.