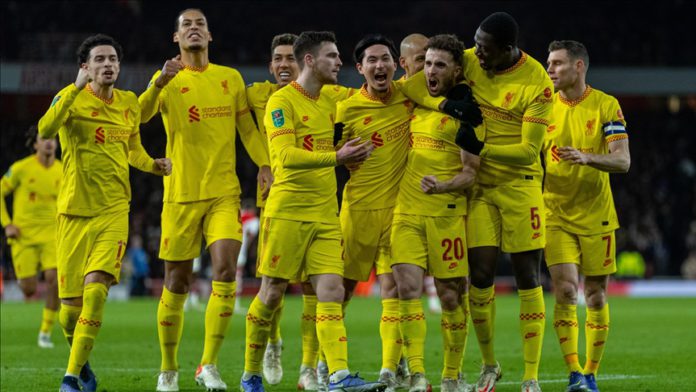 Portuguese forward Diego Jota rallied the Reds to victory against the Gunners with goals in the 19th and 77th minutes at Emirates Stadium.

Arsenal’s Thomas Partey was shown a red card and sent off by the referee in the 90th minute.

The Gunners couldn’t finish both Carabao Cup matches against Liverpool with 11 players as Granit Xhaka was also sent off in the first match on Jan. 13 at Anfield, which ended with a goalless draw.

Liverpool will take on Chelsea in Carabao Cup final on Feb. 27 at Wembley Stadium as Chelsea had defeated Tottenham with 2-0 and 1-0 in the semifinals.

The Reds are striving to become the team with the most Carabao Cup titles as both Liverpool and latest champion Manchester City have eight titles each while Chelsea are after their sixth title.