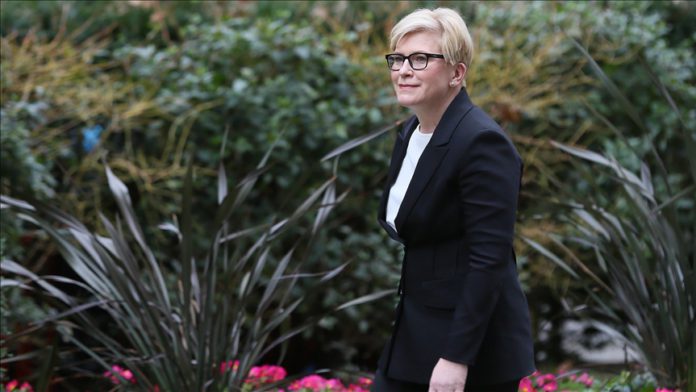 An unexpected Russian troop buildup in neighboring Belarus could change calculations in the region and lead to a NATO response, Lithuania’s prime minister said on Tuesday, as the world continues to eye the tens of thousands of Russian troops amassed along Ukraine’s borders.

“This current buildup of Russian forces in Belarus is unscheduled. There was a Russian military exercise in 2021. If these military exercises mean weaponry and troops will remain on Belarus soil indefinitely, that changes the calculations substantially,” Ingrida Simonyte said in an interview before meeting in London with British Prime Minister Boris Johnson.

She added: “It will mean an increase in NATO presence, and that would not be a provocation, as Moscow claims, but a reaction to what has changed on NATO borders. This is now an area full of weaponry. Russian troops that are in the south of his country can be moved very quickly.”

Lithuania has been a NATO member since 2004.

“There are sorts of hybrid attacks underway. Pipelines falling apart. This is how unfortunately these regimes operate. There are no red lines they will not cross,” Simonyte added.

The US, with its European allies, has accused Russia of setting the stage for an invasion of Ukraine after concentrating more than 120,000 troops and significant artillery and tanks on the border.

A similar buildup has taken place in Belarus.