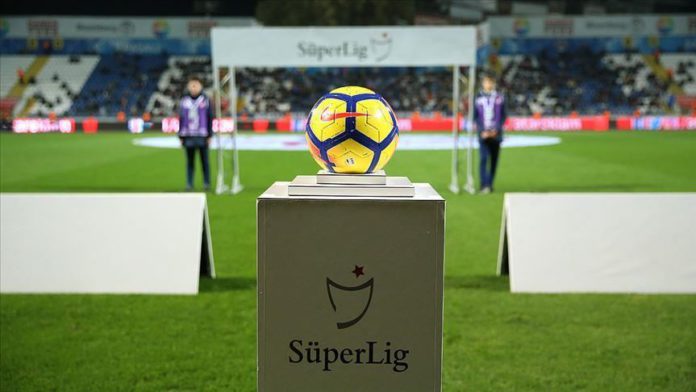 This weekend Turkey’s top-tier football league is gearing up for a high-stakes match between Medipol Basaksehir and Galatasaray.

On Sunday fourth-place Galatasaray – itching for a victory since the pandemic break – will travel to Basaksehir’s Fatih Terim Stadium, a compelling showdown for the visitors.

One of the “Big Three” in the Turkish Super Lig, Galatasaray were upset over an unexpected home 3-3 draw against Gaziantep FK last weekend.

In addition to their poor form, Galatasaray were hit by multiple injuries including their Uruguayan goalkeeper Fernando Muslera and Colombian star in the offense, Radamel Falcao.

A mainstay since 2011, Muslera, 34, has been one of the Lions’ key players but he faced a tib-fib fracture during the June 14 league match against Caykur Rizespor that Galatasaray lost 2-0.

Falcao is likely to miss the match against Medipol Basaksehir as the 34-year-old forward on Sunday suffered a muscle injury, a grade 1 right calf strain.

Home team Medipol Basaksehir may only lack Martin Skrtel as the Slovakian defender is suspended.

The critical match will kick off at 1800GMT.

Ardent Basaksehir have been taking firm steps for the 2020 title, having 59 points in 28 weeks to lead the Super Lig.

The most recent champions Galatasaray were in the number four spot with 51 points in the standings.

The Turkish campaign will conclude in six weeks.

If Basaksehir win the league, it will be their first-ever title. But the Istanbul club is not alone in this race.

Basaksehir have been chased by the other title contenders, second-place Trabzonspor.

The team from the Black Sea region bagged 57 points, waiting for Basaksehir to make a mistake.

The opening match of week 29 will be on Besiktas’ home ground, Vodafone Park, against Ittifak Holding Konyaspor.

The game in Istanbul will begin at 1800GMT.

With 47 points in the league table, the Black Eagles are in fifth place.

Their opponents, Konyaspor, are battling to move out of the relegation zone, in the number 16 spot with 27 points.

Five clubs, including Konyaspor, are in a relentless fight for their lives.

Hes Kablo Kayserispor had 25 points to come 17th in standings.

And MKE Ankaragucu are scraping the bottom of the Super Lig, as the team from the capital Ankara has earned 24 points so far.