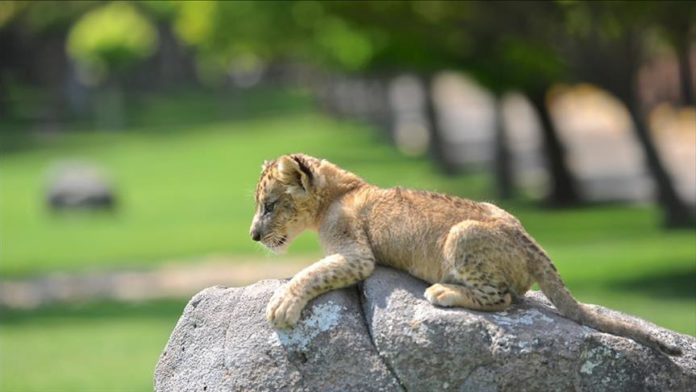 All four lions in the Barcelona Zoo were infected with the coronavirus last month, zoo authorities confirmed this week.

This is a rare confirmed coronavirus outbreak among large felines. The first occurred at the Bronx Zoo in April, when five tigers and three lions all tested positive for the virus.

A puma in South Africa and a tiger in a Tennessee zoo have also been infected.

“It was like catching a cold for them,” Barcelona Zoo Director Juli Mauri told the local Barcelona television station Beteve, adding that all the lions have since recovered.

The lions – three older females named Zala, Nima and Run Run, and a four-year-old male named Kiumbe – are not thought to have passed the virus on to any visitors to the zoo.

“To catch the virus, you’d need to be in very close contact [with the lions],” said Mauri.

Two staff members at the zoo also tested positive for the virus, and authorities are still trying to figure out the chain of infection.

No other infections were detected at the zoo.

While relatively uncommon, coronavirus infections have also been detected in house pets around the world, in both cats and dogs. According to the Mayo Clinic, no pets have been reported to have died from COVID-19.

Research suggests that ferrets, fruit bats, mink, hamsters, primates, and tree shrews can also become infected with the virus, according to the Centers for Disease Control and Prevention.

Perhaps the most worrisome transmission is on crowded mink farms.

In Denmark, a new variant of the virus was found to have come out of the farms and authorities consequently culled of all the country’s millions of domesticated minks.

In Spain, an outbreak on a mink farm this summer also led to the culling of around 100,000 of the semi-aquatic animals.