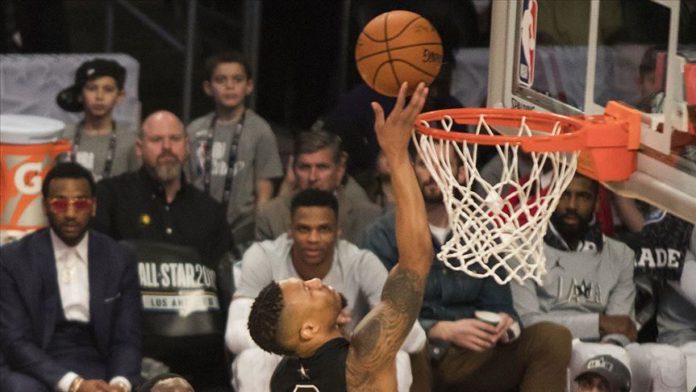 The Portland Trail Blazers defeated the Philadelphia 76ers 124-121, thanks to their guard Damian Lillard who scored 51 points.

All-Star player Lillard produced 51 points and seven assists and became the eighth player in NBA history with at least five 50-point games in a single season.

Blazers’ Carmelo Anthony helped his team with 20 points and seven rebounds as he rose to 15th place on the NBA’s all-time scoring list.

For the 76ers, Josh Richardson scored 34 points, six assists and five rebounds, but his efforts were not enough to avoid a loss for his team.

With this win, the Blazers can keep their playoff hopes alive as the ninth-place side have a 33-39 win/loss record in the Western Conference standings.

The Boston Celtics defeated the Orlando Magic 122-119 in overtime at the ESPN Wide World of Sports Arena.

Jaylen Brown made a double-double to play with 19 points and 12 rebounds.

For the losing side, the Magic’s Montenegrin player Nikola Vucevic posted a double-double with 26 points and 11 rebounds as Terrence Ross scored 18 points and seven rebounds.

With this result, Boston Celtics improved to 47 wins and 23 losses in the Eastern Conference, good enough for third spot.

Meanwhile, the first two playoff matchups are set as Milwaukee Bucks — first seed in East — will take on Orlando Magic — 8th seed in East –, while the Toronto Raptors (2) are matched up with the Brooklyn Nets (7).