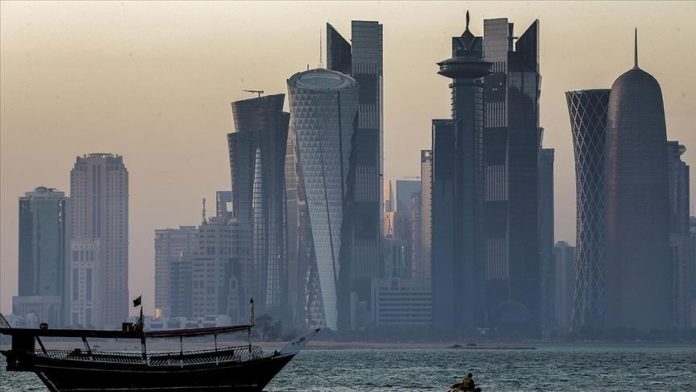 Ending an embargo against Qatar by Gulf countries is preparation for US Middle East policies in a post-Donald Trump era and a step to close ranks against Iran, according to experts Friday.

And Turkey caused political design projects by the UAE-Saudi axis in the region to fail by standing by Qatar during the embargo.

Al-Ula, Saudi Arabia, hosted a Gulf Summit on Tuesday that saw the announcement of the end of a crisis that had continued since 2017 between Qatar and Saudi Arabia, the Emirates, Bahrain and Egypt.

Ending the embargo on Qatar is an important development

Zekeriya Kursun, the dean of Literature Faculty at Istanbul-based Fatih Sultan Mehmet Vakif University, told Anadolu Agency that ending the embargo is an important development for Turkey and countries in the region.

Kursun said after the 2016 US presidential elections, Middle East policies were reshaped, according to Trump, Gulf countries adapted to these policies and an existing partial alliance was broken at that time and Qatar was blockaded.

He stressed that one of the most important reasons for the blockade by Saudi Arabia and the UAE is to use the region’s resources and opportunities in favor of the US and create a block against Iran.

“Failure of UAE and Saudi Arabia to achieve success in Yemen made it necessary to get closer to Qatar and lift the 3-year blockade,” he added.

He said ending the crisis is an important development and if relations are developed rationally in the process, they will advance in a good direction.

New era could be shaped by Iranian threat

Cengiz Tomar, the vice-chancellor of the Ahmet Yesevi International Turkish-Kazakh University, said preparation for the Joe Biden era has begun in the Middle East and the Gulf and he indicated it could be shaped by the Iranian threat.

The Iranian threat will be one of the most important issues in the Biden period, according to Tomar. “Therefore, I think that the Gulf countries have made such an agreement to determine a conjuncture accordingly.”

Noting that abandoning the policy of isolating Turkey pursued by Egypt, Israel and some Gulf countries, he said: “The recent developments in the Saudi Arabia-Turkey relations is a concrete reflection of it. This summit is an extremely important and positive development for both Turkey and Qatar. Turkey won an important ally in the Gulf by also supports Qatar, like Azerbaijan.

Tuncay Kardas, director of the Middle East Institute at Sakarya University, stressed that the failure of the embargo policy is due to the inability of Saudi Arabia and its allies to stand behind their decisions.

“Qatar specifically eased economic and strategic effects of the embargo by increasing interaction with actors like Turkey and the US,” said Kardas.

“There are Iranian elections on June 8, and if the conservatives are victorious, Iran’s regional military activism may increase. This activism had been relatively stagnant for four years because of the Trump USA. Saudi Arabia anxiously awaits the election result, ” he noted.

Necmettin Acar, the Head of the Department of Political Science and International Relations at the Faculty of Economics and Administrative Sciences of Mardin Artuklu University, said lifting the blockade was a result of global and regional changes.

Pointing out a challenging process awaits young leaders of the UAE-Saudi axis, Acar said, “lifting this blockade can be interpreted as an attempt to work in harmony with the Biden administration and to correct their deteriorating image in the West.”