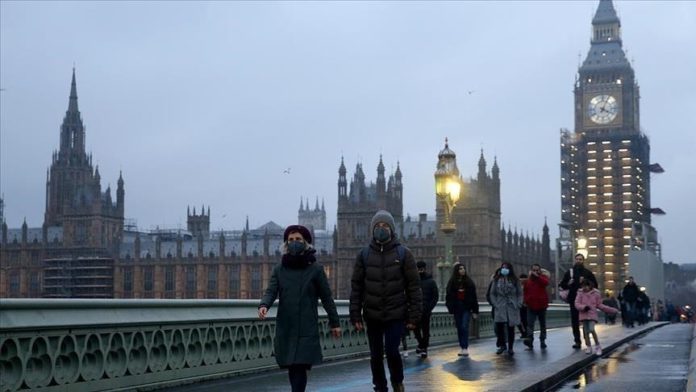 The lifting of all coronavirus restrictions in England has been criticized by leading scientists and health experts who argue that such a move would lead to the spread of deadlier variants while billions around the world remain unvaccinated.

In an open letter written on Friday, more than 300 public health officials, academics, and scientists accused the government of taking a “reckless” approach in lifting all restrictions, arguing such a move would endanger public health.

The coalition also accused the government of failing to help poorer nations in vaccinating their populations.

“We write to you as scientists, academics, and public health experts concerned about the emergence of the Omicron variant and the threat that future variants may pose to public health, the NHS, and the UK’s vaccination programme,” the open letter read.

“Vaccinating the vast majority of the world’s population is the best way to prevent Sars-CoV-2 from mutating. However, as the UK has provided booster doses to up to 1 million people every day, more than 3 billion people across the world have yet to receive their first dose. More boosters have been delivered in rich countries than the total number of all doses administered so far in poorer nations,” the letter added.

The group of experts warned that the failure to vaccinate populations in developing regions would help create the conditions for deadlier variants to spread, as seen with the delta and omicron mutations that wreaked havoc across the world.

The government was also advised to aid and assist developing nations to manufacture COVID-19 test kits, treatments, and vaccines indigenously as opposed to having to rely on aid and support from developed countries in the west.

A global vaccination drive would be the only effective way to prevent the development of deadly mutations and their spread, the experts say.

“Throughout this pandemic, the government has pledged that it will follow the science. The scientific evidence has been clear since the start of the pandemic that the best way to keep ourselves and our NHS safe from new variants is to vaccinate the world.”

“However laudable donations of vaccines might be, they will never be enough to end the pandemic. There is untapped manufacturing capacity in the very nations that need vaccines and treatments most. For the sake of people’s lives in those countries and our own, we must use it.”

On Thursday, the government brought an end to all Plan B restrictions across England. As such the mandatory wearing of face masks in public venues and outdoor settings is no longer required and those attending large gatherings will no longer be required to present a COVID pass. Double vaccinated travelers entering the country will no longer require a PCR test.