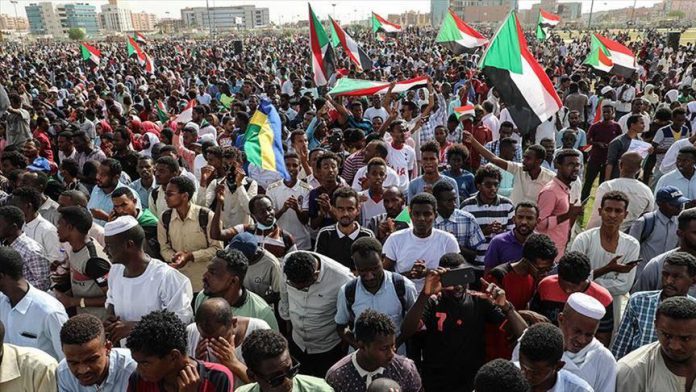 The UN rights office on Tuesday said that Sudan is not able to break its “cycle of poverty and desperation” unless it is freed from “the impediments of sanctions” imposed at the time of the regime of former President Omar al-Bashir.

“We are seriously concerned about the crisis facing Sudan’s transition in the midst of the COVID-19 pandemic, and believe untold suffering awaits unless donors act fast,” said Jeremy Laurence, spokesman for the UN high commissioner for human rights at a UN video briefing.

He noted that barely a year after the removal from power of al-Bashir, the promise of economic and social development, democracy, justice, and peace, the Transitional Government of Sudan faces acute threats and resource constraints.

“These are being exacerbated by a combination of the practical effects of ongoing unilateral sanctions, the failure of international institutions to provide debt relief, and a deficit of international support,” said Lawrence.

The UN rights office said that lifting sanctions on Sudan would enable the country to attract investment for its much-needed economic reforms, and to fully access funds available from the international financial institutions.

“As the High Commissioner points out, inequality, and economic and social grievances, were the main triggers of Sudan’s revolution last year.

“If these and other root causes are not addressed as a matter of priority, Sudan’s successful transition to achieving a durable peace remains a distant prospect,” said Lawrence.