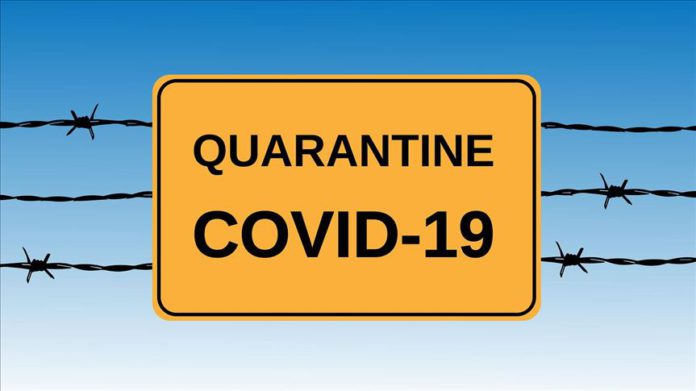 Although Bangladesh is facing criticism from rights groups for shifting 300 Rohingya to a remote island in the Bay of Bengal, refugees say, it is a better place than cramped camps back in Cox’s Bazar.

But living alone away from families is annoying the refugees, who are, therefore, demanding their kin be allowed to join them.

In the early May this year, Bangladeshi Navy quarantined 306 Rohingya refugees including 30 children in the remote Bhasan Char island, after finding them stranded in the sea. Some of them were found dead, due to hunger.

“The settlements here are better than in Cox’s Bazar and our kids are being educated here. It seems that we are dreaming again as once we did in our homeland in Myanmar,” said a Rohingya refugee living on the island.

He, however, asked authorities to allow families of refugees to join them and relocate those in cramped camps voluntarily.

The island around 50 kilometers (31 miles) off Bangladesh’s southwestern coast, is only accessible by boat and remains isolated during rough weather.

Speaking to Anadolu Agency, Lokman Hakim, a refuge at Jamtoli camp in Cox’s Bazar said his brother is now living in the remote island.

“We — six brothers and sisters — along with our parents have been struggling to survive at this [Rohingya] camp since 2017. But one of my brothers is now at a remote island. We don’t want such separation,” he said.

Hakim said for him any place is better, where his kids can get a better life, education and food and healthcare until peaceful repatriation to his home in Myanmar.

“But it does not mean that a part of a family will live in the mainland camps and another part at a remote island. It is very painful for us,” he said.

Mohammad Shahidullah, whose daughter is living at Bhasan Char said, he was happy to note that the island had a better environment and kids are getting an education there, but he wants his daughter to rejoining the family.

A Rohingya women Jumalida Begum, who visited Bhasan Char in the early September along with 40 other people said that the settlements are far better than that in Cox’s Bazar.

“But none of us is interested in living on the island away from families, “she said.

But one refugee, on the condition of anonymity, expressed apprehension that relocating to the remote island may lead Myanmar to delay the peaceful repatriation of Rohingya to their homes.

Earlier, Bangladesh faced stringent criticism from New York-based Human Rights Watch (HRW) for sending refugees to the remote island. The group claimed that some refugees were beaten, who were protesting their detention on Bhasan Char Island.

Quoting one of the Rohingya at the island, HRW added: “We don’t want food, what we want is to go back to our families. It’s better to die than to live here.”

The HRW had also expressed concerns at the safety of women on the island.

“If there was any rape case or other sexual or gender-based violence, they will not be able to access much needed medical treatment or psychosocial counselling,” read the statement.

Bangladesh has, however, claimed that Bhashan Char was “highly secured” and “well protected by the high dam and possesses quality accommodation, hygienic toilet, fresh water, medical facilities, community centers and schools for education.

Further, Bangladesh Navy and 67 Police personnel (including female police) have been assigned to provide security in the island.

The statement also claimed that many sources of earning living like fishing, cattle farming, agricultural activities, handicraft, etc. are available at the island to keep refugees engaged.

“It has become difficult for Bangladesh now to accommodate so many people at a hilly place. There is the fear of mud-sliding and so as a host country we are trying to do our part,” he said.

He further emphasized ensuring the accountability of utilizing large funds sanctioned by the international community for Rohingya.

The minister charged the staff of international aid agencies based in Cox’s Bazar, of living a luxurious life and enjoying expensive hotels, which is not available on the island.

“They work here [Cox’s Bazar camps], then relax at their hotels and enjoy the beauty of the resort and sandy beach. Out of the fear of losing this luxurious life in Bhasan Char, I am reported that the staffs of those international organizations are opposing the relocation process,” he said.

Bangladeshi military’s Inter-Service Public Relation in a statement also attacked HRW for reporting that refugees were being forcibly sent and detained at Bhasan Char.

The Rohingya, described by the UN as the world’s most persecuted people, have faced heightened fears of attack since dozens were killed in communal violence in last few decades.