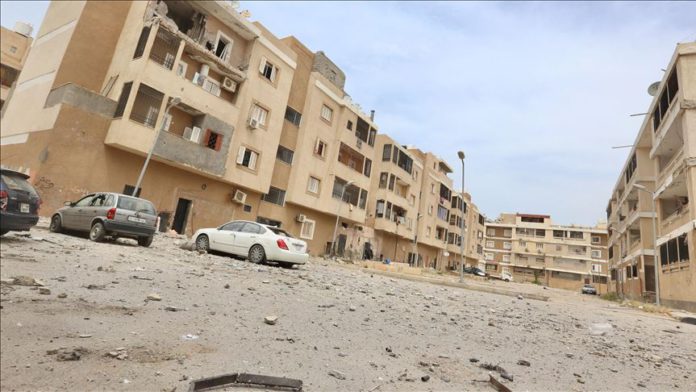 Libya’s ambassador to the UN demanded Friday that the International Criminal Court investigate “war crimes” of warlord Khalifa Haftar in Tarhuna, a stronghold of the renegade general in western Libya.

“What kind of political talks you think could be possible with such war criminal !? Does the International Criminal Court need further evidence against him? @IntlCrimCourt @UN” Taher el-Sonni said on Twitter.

El-Sonni said at least eight mass graves, as well as bodies of those from the city, “some buried alive,” were found lying in wells and containers. All were killed during Haftar militia’s control of Tarhuna.

He called last week for a UN probe into the death of scores of residents in Tarhuna. The demand came in a telephone call between el-Sonni and Rosemary A. DiCarlo, UN’s Under-Secretary-General for Political and Peacebuilding Affairs.

In March, the Libyan government launched Operation Peace Storm to counter attacks on the capital and recently regained strategic locations, including the Al-Watiya airbase and Tarhuna.

The government was founded in 2015 under a UN-led agreement, but efforts for a long-term political settlement failed due to the military offensive by Haftar’s forces.