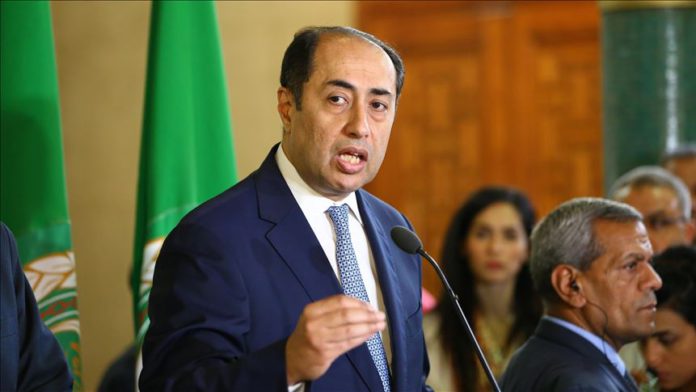 The assistant secretary general of Arab League on Thursday termed the Libyan Government of National Accord (GNA) as the legitimate authority in Libya.

In an interview with an Egyptian channel, Hossam Zaki said the GNA is legitimate according to Skhirat Agreement of which Egypt was also a part.

It is the “accredited government for the Arab League, the African Union and the United Nations,” he said.

The agreements signed between the GNA and Turkey are also valid, Zaki added.

He said Arab League’s position is to let both parties sit for political dialogue.

Zaki, however, admitted the difficulties in the process, accusing both the parties of a lack of political will.

The Skhirat Agreement was signed in December 2015 in Moroccan city of Skhirat. It resulted in a political deal for a unified government in Libya with Fayez al-Sarraj as prime minister. Haftar, however, has not abided by the agreement.

The internationally recognized GNA has been under attack by Haftar’s militias since April 2019.

It launched Operation Peace Storm in March to counter attacks on the capital, and recently regained control of strategic locations, including Al-Watiya airbase, and the city of Tarhuna.