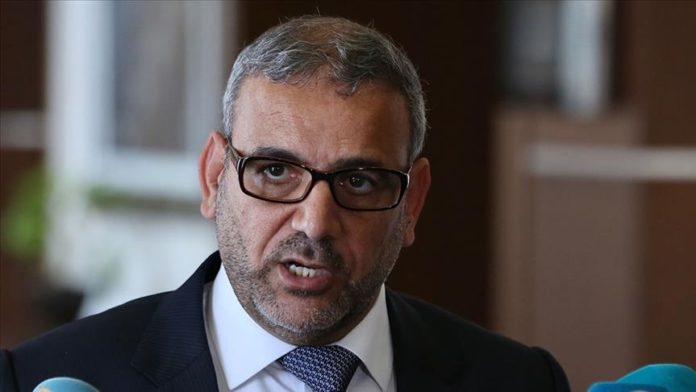 The chairman of Libya’s High Council of State withdrew Thursday his candidacy for the Presidency Council in the new transitional government that will rule the country until national elections at the end of this year.

“I decided to withdraw my candidacy to pave the way for a greater consensus,” Khalid al-Mishri told Al-Jazeera television.

The decision came when the Libyan Political Dialogue Forum (LPDF) has nearly come to an end with talks in Switzerland between Feb. 1-5.

The LPDF was launched in Tunisia on Nov. 9 to find a political solution to the Libyan crisis under the leadership of the UN Libya Support Mission.

It aims to establish an interim executive authority comprising the Presidency Council and the National Unity Government to manage the transition process until Dec. 24.

A three-member Presidency Council and a prime minister will be appointed to the new interim government.

The National Unity Government will be headed by a prime minister until the December elections.

The Presidency Council consists of three members. All decisions must be taken unanimously by the three council members.

There are 24 candidates for the Presidency Council and 21 for prime minister.

The 74 LPDF members were expected to nominate one candidate from each of their respective regions and elect one of them with at least 70% of votes.

Since no candidate was able to achieve this, the members moved to the second stage of voting that would employ the list method.

Four-person lists will be prepared for the Presidency Council members and prime minister.

One of the lists is required to get 60% of votes to win in the first round of voting.

If the needed majority is not reached in the first round, the two lists with the highest percentage of votes will compete in the second round in which the list with 50%+1 votes wins.