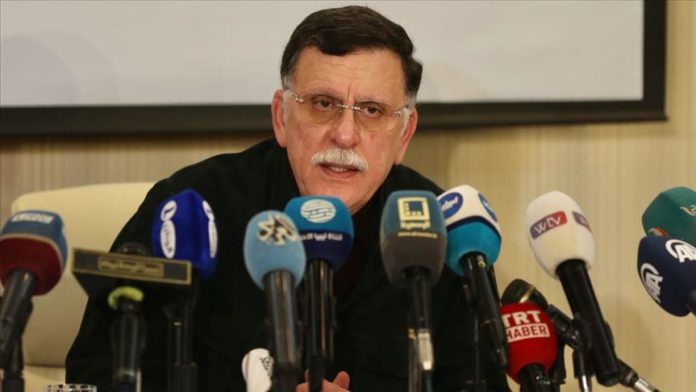 A closed meeting began Monday between Libyan Prime Minister Fayez al-Sarraj, the US ambassador in Tripoli Richard Norland, and commander of US Africa Command (AFRICOM) Gen. Stephen Townsend, according to local media.

Interior Minister Fathi Bashaga and the military commander of the western region, Osama al-Juweili, were present at the meeting.

Officials are yet to comment on the reported news.