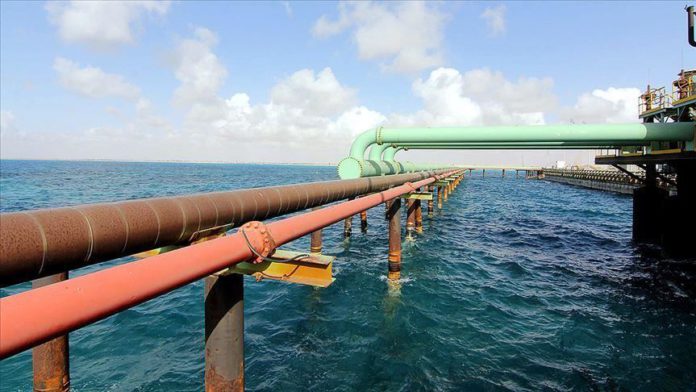 NOC said oil production has been halted, referring to a recent statement by Haftar saying output would continue to be interrupted if certain conditions were not met.

It said it has re-imposed force majeure on all oil exports to limit its responsibilities arising from agreements.

NOC noted that oil exports had resumed on July 10 but Haftar’s forces ordered a blockade on exports on July 11 and stepped back from negotiations.

The instruction to halt oil production came from the UAE to Haftar’s forces, the NOC stressed.

The NOC said the act was “disappointing” and urged the UN Security Council to condemn it and to call those responsible to account.

It also called for the withdrawal of all mercenaries from oil facilities in Libya.

“The ports and oil fields will remain closed until the demands and orders of the Libyan people are implemented,” Ahmad Al-Mismari, the so-called spokesman for Haftar’s militia, said Saturday.

Al-Mismari also called for the opening of a bank account in a “foreign country” for the distribution of oil revenue and that Libya’s central bank, which handles energy revenue, be audited.

Oil production has almost come to a standstill in Libya after pro-Haftar groups shut down oil facilities in eastern parts of the country in January to squeeze resources of the UN-recognized Libyan government.

Libya, with the largest oil reserves in Africa, can produce 1.2 million barrels of crude oil per day. But production has fallen below 100,000 barrels a day due to the interruptions by the pro-Haftar militias over the past six months.

Since April 2019, Haftar’s illegitimate forces have launched attacks on the Libyan capital of Tripoli and other parts of northwestern Libya, resulting in more than 1,000 deaths, including those of women and children.

But the Libyan government has recently achieved significant victories, pushing Haftar’s forces out of Tripoli and the strategic city of Tarhuna.

The country’s new government was founded in 2015 under a UN-led agreement, but efforts for a long-term political settlement failed due to a military offensive by Haftar, who has been backed by France, Russian paramilitary group Wagner, the United Arab Emirates and Egypt.