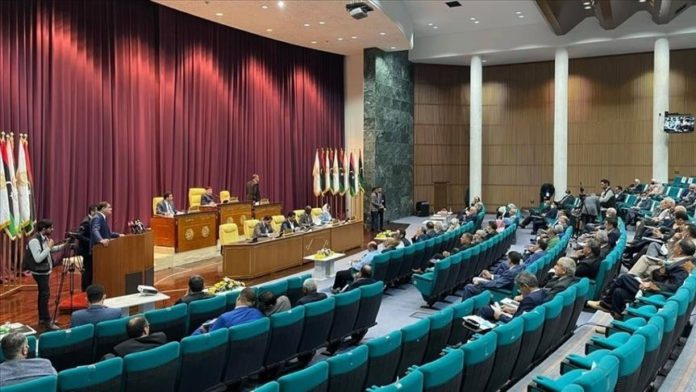 Libya’s new unity government headed by Prime Minister Abdul Hamid Dbeibeh was sworn in on Monday before the Libyan parliament in Tobruk city in eastern Libya.

“A number of Arab and foreign ambassadors were present during the session,” he added.

Earlier Monday, Dbeibeh’s government took the constitutional oath before the High Court in the capital Tripoli before heading to Tobruk.

May 18, 2020
We use cookies to ensure that we give you the best experience on our website. If you continue to use this site we will assume that you are happy with it.Ok