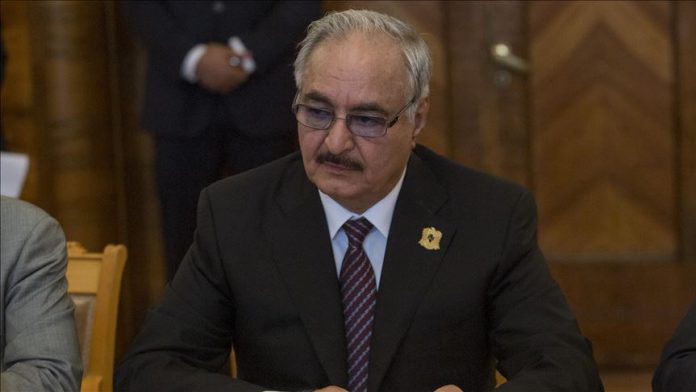 Libyan warlord Khalifa Haftar and his two sons could face huge penalties in the U.S. state of Virginia after a lawsuit was filed against him this month which accuses his forces of torturing members of two families to death in 2014 during his brutal campaign to silence dissidents in the North African country.

According to the lawsuit filed in the U.S. District Court in the Eastern District of Virginia, the Al-Suyid and Al-Krshiny families allege that forces under the command of Haftar and his sons Saddam and Khalid and other forces under Haftar’s command tortured and killed two members

Read more: Libya's Haftar may lose his properties in US lawsuit