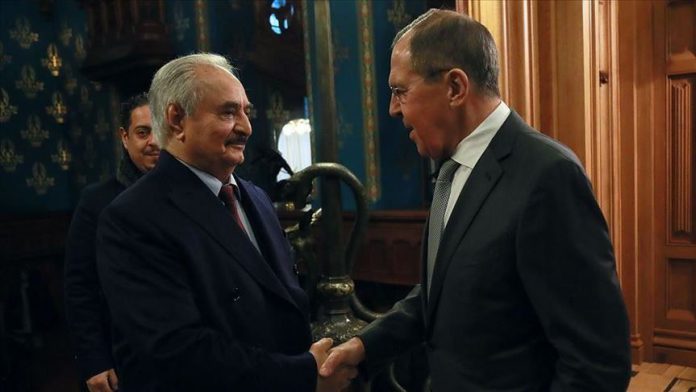 Renegade Libyan military commander Khalifa Haftar’s move to not sign an agreement on the terms of a cease-fire and leave Moscow early Tuesday was decided by other parties, especially foreign ones, according to the country’s former army chief of staff.

“I think it is clear that the decision is not in his hands. I do think he is just working as a proxy for other actors,” Yousef al-Mangoush told Anadolu Agency on Thursday.

Mangoush stressed that Haftar had said that he accepted the cease-fire agreement, which he received two days before coming to Moscow.