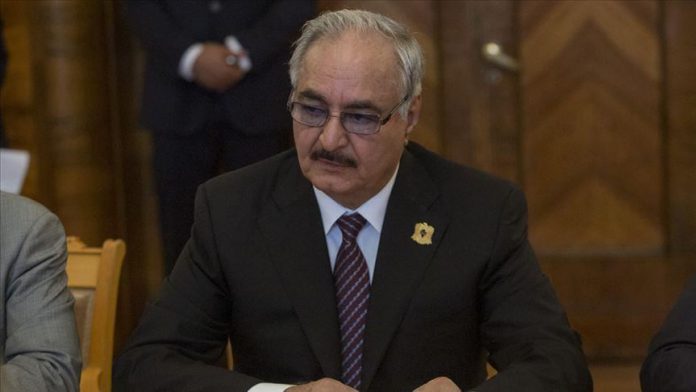 East Libya-based renegade commander Khalifa Haftar on Saturday asked his supporters to stay united after suffering many military defeats in the western parts of the country.

Following his call, pro-Haftar accounts on social media launched a campaign. Demonstrations in his support were held in the eastern parts of the country and outside his house in Benghazi.

Tribes in the west of Libya remained unresponsive to this call, while those in Zintan province downright rejected it.

The forces of the Government of National Accord (GNA) have recently cleared a 3,000-square-kilometer area including Sabratha and Surman provinces, from Haftar militias.

Last week, GNA forces also launched a military operation to recapture Tarhuna, a town of strategic value for Haftar and his last major stronghold in the area surrounding Tripoli.

Since the ouster of longtime ruler Muammar Gaddafi in 2011, two seats of power have emerged in Libya: Haftar in eastern Libya — supported by Egypt and the UAE — and the GNA in Tripoli, which enjoys the UN and international recognition.

The GNA has been under attack by Haftar’s forces since last April, with more than 1,000 killed in the violence. It launched Operation Peace Storm on March 26 to counter attacks against the capital.

The GNA announced earlier this month its forces cleared Haftar militias from at least eight provinces.

May 3, 2020
We use cookies to ensure that we give you the best experience on our website. If you continue to use this site we will assume that you are happy with it.Ok