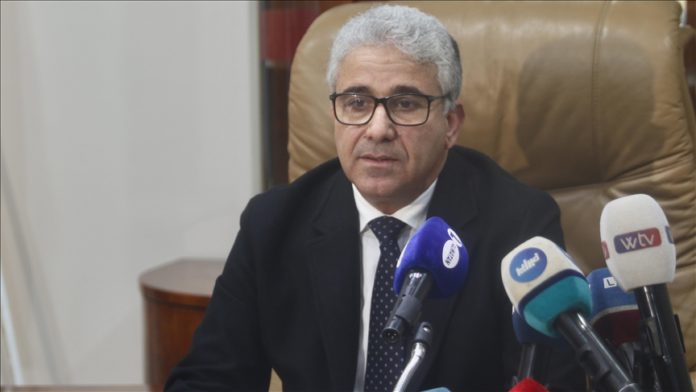 “I announce running for presidential polls and have applied for my candidacy to the commission,” Bashagha said after submitting his application to the High National Election Commission.

Born in 1962 in the city of Misrata, Bashagha is known for his support to the 17 February Revolution, the first uprising against former ruler Muammar Gaddafi, and for standing against militias of warlord Khalifa Haftar.

Other candidates in the presidential race include Haftar, the renegade commander in the country’s east, parliament speaker Aguila Saleh and Gaddafi’s son Saif al-Islam Gaddafi.

The presidential and parliamentary elections are set to take place on Dec. 24 under a UN-sponsored agreement reached between political rivals last November.

The oil-rich country’s electoral commission opened registration for candidates on Nov. 8, despite differences between the parliament, High Council of State and the unity government on electoral laws and powers such as who should be allowed to contest and voting schedule.

*Writing by Bassel Barakat from Ankara