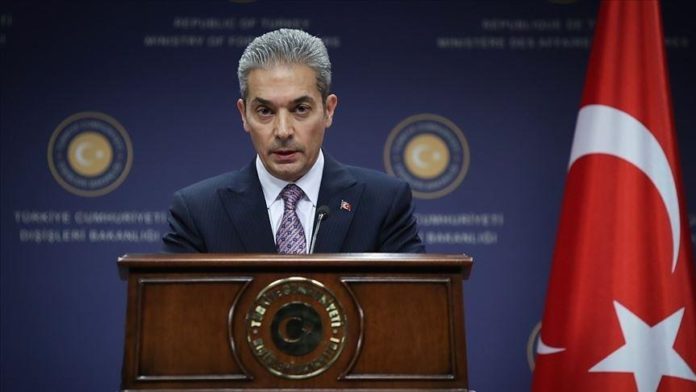 Libya’s democratic steps based on dialogue and national consensus in the political process offered an important window of opportunity for permanent peace in the country, the Turkish Foreign Ministry spokesman said on Saturday.

Hami Aksoy, responding to a question in a written statement, said the historical opportunity in Libya should not be wasted for the sake of some ambitious countries.

Turkey will continue to provide the Government of National Unity with all kinds of support, Aksoy said, noting that the country welcomed the election of Libya’s new interim leadership to govern the country.

The government lineup will be debated by the Tobruk-based House of Representatives (parliament) which will convene on Monday in the coastal city of Sirte for a vote of confidence.

On Feb. 5, Libyan delegates elected Mohammad Younes Menfi to head the three-member Presidency Council and Dbeibeh the new prime minister. The new executive authority will govern Libya in the lead-up to national elections on Dec. 24.

On Oct. 23, 2020, the UN announced a permanent cease-fire agreement between Libya’s warring rivals.

Turkey supports the UN-recognized Government of National Accord based in the capital Tripoli, as well as a peaceful resolution to Libya’s problems.