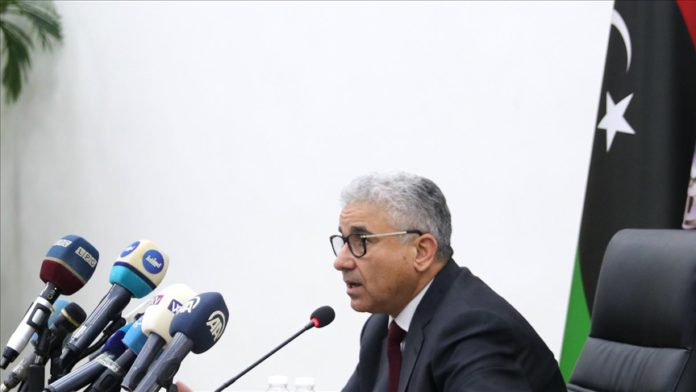 Libya’s parliament-appointed Prime Minister Fathi Bashagha announced late Tuesday that he will base his government in the city of Sirte as of Wednesday.

In a statement from Sirte on clashes that erupted between armed groups after he attempted to enter the capital Tripoli, Bashagha said they believe in the democratic process and the peaceful transfer of the government. He said his government will start working from Sirte and will enter Tripoli only by peaceful means.

Clashes erupted in Tripoli between armed groups loyal to Prime Minister Abdul Hamid Dbeibeh and rival leader Bashagha, who was recently appointed as premier by the Tobruk-based parliament.

Bashagha reached the capital Tuesday night to take control of the government from Dbeibeh, who has refused to hand over power.

However, a security source told Anadolu Agency that Bashagha was forced to leave the capital after fierce clashes were reported between the two sides.

Meanwhile, Algeria is following with concern the latest developments in “brotherly country Libya” after the conflicts in Tripoli, the country’s Foreign Ministry said in a statement.

Algeria also called for restraint and urged the Libyan parties “to refrain from escalating tensions,” stressing that “for a democratic and modern country, the best interests of Libya should be prioritized.”

For more than two months, there have been two governments in Libya: the national unity government led by Dbeibeh and the one granted confidence in early March by the Tobruk-based House of Representatives.

Dbeibeh has previously said that he would only cede authority to a government that comes through an “elected parliament,” raising fears that the oil-rich country could slip back into a civil war.