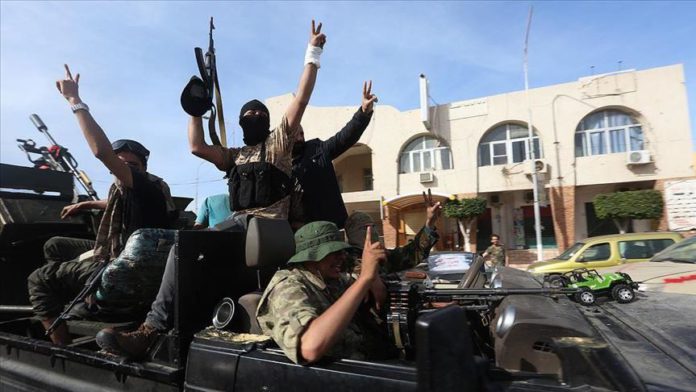 Libyan army’s significant military gains against the militia loyal to warlord Khalifa Haftar in recent days were welcomed with gratitude and hope among the Libyan people.

The Libyan government launched Operation Peace Storm in March to counter attacks on the capital, and recently regained control of strategic locations, including Al-Watiya airbase and the city of Tarhuna.

Airstrikes by Haftar’s militia targeted different points in Misrata, known as a coastal and commercial city, during its attacks on the capital.

Anadolu Agency correspondent spoke to people living in the city, which played an important role in the resistance against the Haftar’s attacks on the capital.

“Libyan people are longing for democracy, peaceful government change and elections”, al-Kabir said, adding he is against those who come to power by using force.

Kabir invited Turkish companies and business people to Libya to contribute to the reconstruction of the war-torn country.

Hassan Mahmoud, 48, a civil servant, underlined that Libyan people do not welcome the call by the Haftar side for a cease-fire and political solution in the country any more as the move came after the success of the Libyan army

Mahmoud also thanked the Turkish people for standing by them during these difficult times.

A political initiative was agreed to on June 6 by Egypt’s President Abdel-Fattah al-Sisi with Aquila Saleh, the speaker of Libya’s Tobruk-based parliament, and warlord Khalifa Haftar.

The Cairo Declaration called for a cease-fire in Libya as of Monday and proposed a new assembly to form the House of Representatives and Presidential Council.

Neither the members of Libya’s internationally recognized government nor their international allies were present at the Cairo conference.

The internationally recognized Libyan government announced on June 8 that it will be open to negotiations with Haftar only after liberating the city of Sirte and the central Juffra region, home to a strategic military air base.