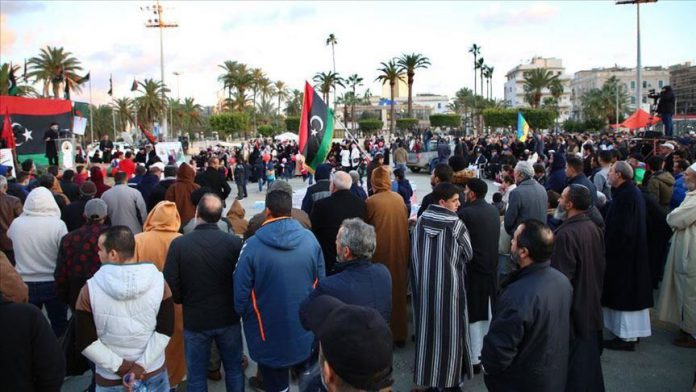 They gathered in Martyr’s Square to protest attacks of Haftar’s militia and mercenary soldiers.

Turkey’s military motion on Libya attracted the attention by Tripoli residents who are happy the Turkish parliament Thursday ratified a motion authorizing sending troops to Libya.

“We thank to Turkey, Turkish people and Turkey’s president for defending independence, democracy and freedom,”