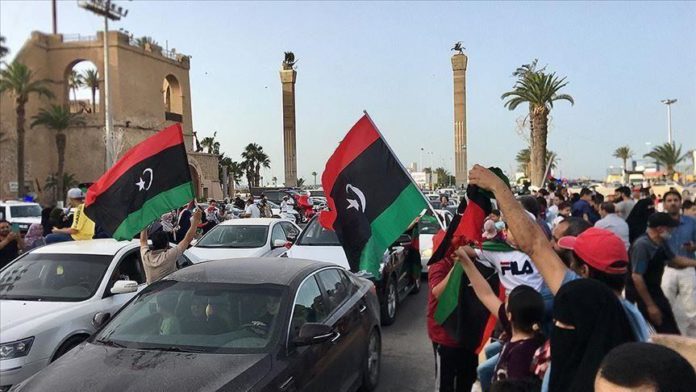 The residents gathered late Thursday in the city’s Martyrs Square, holding the Libyan flags and banners of victory.

They also chanted slogans like “the blood of the martyrs is not in vain” and other slogans against Haftar.

On Thursday, the Libyan army announced the completion of the liberation of Tripoli, the seat of the internationally recognized government.

In March, the Libyan government launched Operation Peace Storm to counter attacks on the capital, and recently regained strategic locations, including the Al-Watiya airbase and Tarhuna city, in a major blow to Haftar’s forces.