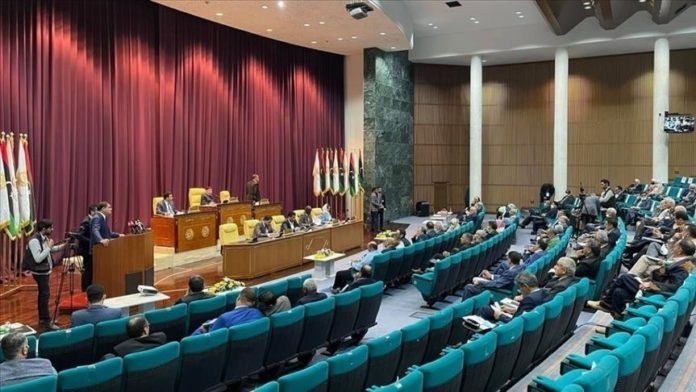 Libyan officials on Tuesday began a ceremony for power transition to end the rift in the oil-rich country.

Mohammad Menfi, the new president of the Libyan Presidential Council, and Abdul Hamid Dbeibeh, the head of the National Unity Government, arrived earlier Tuesday at the Prime Ministry headquarters in the capital Tripoli for the transition of power ceremony.

The outgoing head of the council Fayez Al-Sarraj received Menfi and Dbeibeh and began the ceremony to hand overpower.

Speaking during the ceremony, Menfi said: “Handing overpower today is a consolidation of the principle of a civil state.”

“At the end of this year, we will hand over power to the Libyans so that they can choose their representatives,” he added.

For his part, al-Sarraj affirmed that the move consolidates “the peaceful transition of power” and congratulated the new interim government led by Dbeibeh for gaining approval by the parliament.