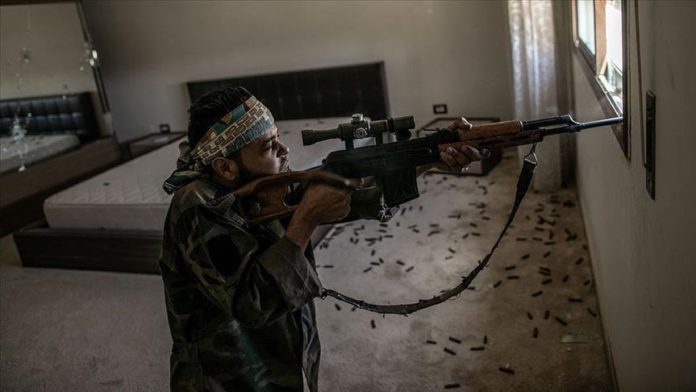 “From what we are witnessing in terms of the massive influx of weaponry, equipment and mercenaries to the two sides, the only conclusion that we can draw is that this war will intensify, broaden and deepen with devastating consequences for the Libyan people,” Williams told the Security Council.

She said Libyans are “getting lost in the mix” as foreign intervention in the North African country’s conflict increases.

Armed conflict has been raging in Libya since renegade commander Khalifa Haftar launched an attack against the Libya government in 2019.

“We must not let Libya slip away,” said Williams. “By coming together now, this Council can ensure the collective security it is mandated to maintain by applying consistent and credible pressure on those regional and international actors that are fueling the conflict.”

She said an “alarming military build-up” is taking place in the conflict-hit country because foreign backers continue to deploy weapons as well as recruiting more mercenaries to both sides.

“We can collectively write a different ending to this so far sad tale but only if we demonstrate a collective will to do so,” she added.

On Monday, Libya’s army retook Al-Watiya airbase occupied by Haftar’s militias, a key airbase now back under government control after some six years under putschist forces.

Following Monday’s victory, the Libyan army said it will move to liberate the city of Tarhouna, located 140 kilometers (87 miles) southwest of Tripoli.

“Military operations in and around Tarhouna caused new displacement and negatively impacted humanitarian access to the city,” the UN envoy warned.

June 5, 2020
We use cookies to ensure that we give you the best experience on our website. If you continue to use this site we will assume that you are happy with it.Ok