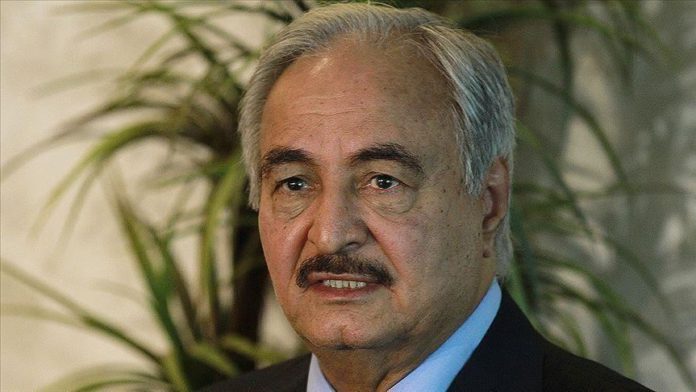 Bassam Radi said the talks came as “Libya’s security is considered an extension of Egypt’s national security, in addition to the impact of the current Libyan situation on the regional and international scene”.

Speaking at a press conference following the talks, al-Sisi said he agreed with Saleh and Haftar to launch a political initiative to resolve the conflict in Libya.

The initiative, al-Sisi said, calls for a cease-fire in Libya as of June 8.

Saleh had arrived in Cairo on Friday for talks with Egyptian officials amid ongoing disputes with Haftar, who arrived in the Egyptian capital two days earlier.
Libya’s internationally recognized government has been under attack by Haftar’s forces since April 2019.

In March, the Libyan government launched Operation Peace Storm to counter attacks on the capital, and recently regained strategic locations, including the Al-Watiya airbase and the strategic city of Tarhuna, in a major blow to Haftar’s forces.

Last week, the UN Support Mission in Libya (UNSMIL) said Haftar has agreed to the resumption of cease-fire talks.