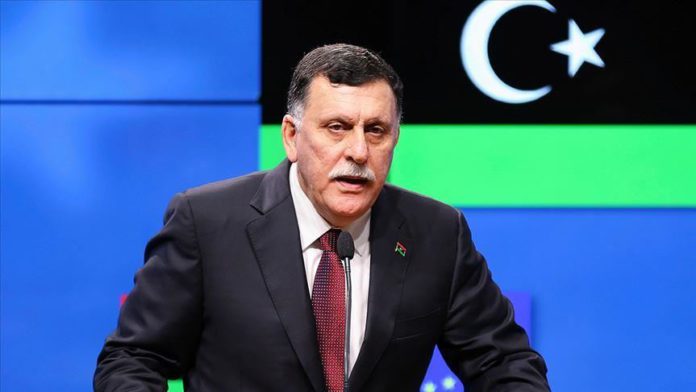 Libya’s prime minister and the commander in charge of the Sirte-Jufra Joint Operations Unit met Sunday to discuss measures for the safety of civilians following remarks by Egypt’s president.

According to a statement on the Libyan government’s Facebook page, Fayez al-Sarraj, the head of Libya’s internationally-recognized government, and Ibrahim Ahmad Baytulmal met following statements by Egyptian President Abdel Fattah el-Sisi on Libya’s coastal city of Sirte and al-Jufra airbase.

During the meeting, Baytulmal informed the prime minister about the course of the operations and the coordination mechanisms that have been established with other military regions.

On Saturday, al-Sisi alluded to the possibility of sending “external military missions if required” and said that “any direct intervention in Libya has already become legitimate internationally” while speaking in the city of Matrouh near the Libyan border.

He told his army to “be prepared to carry out any mission here within our borders, or if necessary outside our borders.”

Despite the baseless arguments of warlord Khalifa Haftar and his supporters, the UN recognizes the government headed by al-Sarraj.

The government launched Operation Peace Storm against Haftar in March to counter attacks on the capital and recently regained strategic locations including Tarhuna, Haftar’s final stronghold in western Libya.

The Libyan government has condemned the military support by Egypt, the United Arab Emirates, France and Russia for attacks by Haftar’s militias on Tripoli, which began on April 4, 2019.