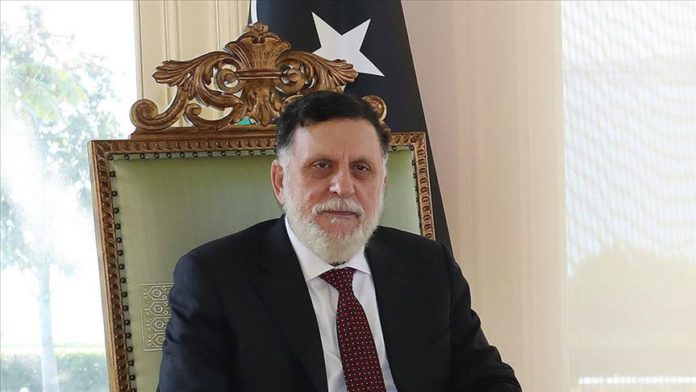 Libya’s prime minister on Thursday called on warlord Khalifa Haftar’s supporters in the UN Security Council to reconsider their positions on the conflict in the North African country.

Speaking at the 75th session of the UN General Assembly via video link, Fayez al-Sarraj urged these countries to work with the legitimate internationally recognized Government of National Accord (GNA).

Sarraj also called on the UN to investigate violations by Haftar militias in Libya’s Sirte province.

For the cease-fire declared in August to be effective and permanent, the Sirte and Jufra regions under Haftar’s control must be demilitarized and foreign mercenaries must leave the country, Sarraj underlined.

On Aug. 21, the Libyan government announced a truce and ordered the military to stop operations against Haftar’s militias.

The GNA was founded in 2015 under a UN-led agreement, but efforts for a long-term political settlement have failed due to a military offensive by forces loyal to Haftar.