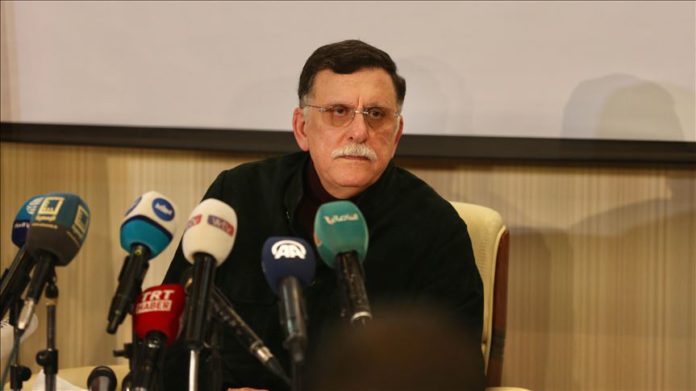 Libyan Prime Minister Fayez al-Sarraj announced Wednesday that he intends to step down by the end of October.

“I declare my sincere desire to hand over my duties to the next executive authority no later than the end of October,” Sarraj said while delivering a speech on state television.

“Hopefully, the dialogue committee will complete its work and choose a new presidential council and prime minister,” he added.

Touching on the inter-Libyan dialogue held in the coastal Moroccan city of Bouznika from Sept. 6-10 which brought the rival parties together in the Libyan crisis, Sarraj said “the latest talks have laid the groundwork for a new process for the unification of state institutions and holding parliamentary and presidential elections.”

Libya’s government, which was formed in 2015 in the wake of the ouster in 2011 of Muammar Gaddafi, has faced a number of challenges, including attacks by militias loyal to warlord Khalifa Haftar.

In recent months, however, the UN-recognized government has turned the tide against Haftar’s forces.

El Congal borne from ashes of war in Colombia