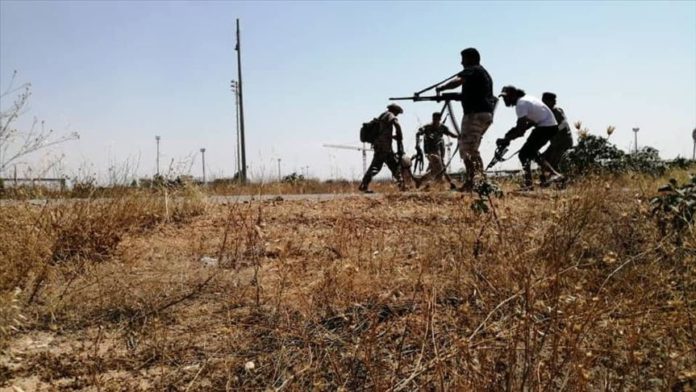 Speaking to Libya February TV, al-Sarraj appealed to the country’s tribal and opinion leaders to create an atmosphere dominated by freedom of expression, dialogue and civil state principles.

He called on young people deceived by Haftar, who he described as a “war criminal,” to surrender to the legitimate government.

He said Haftar’s militias were defeated by the Libyan army and had to withdraw, noting the militias had committed another crime by planting landmines.

The army announced that civilians in the capital Tripoli had been largely rescued from militias affiliated with Haftar, the leader of illegitimate forces in the east of the country.

Mustafa al-Majai, a spokesman for the government’s Burkan Al-Ghadab (Volcano of Rage) Operation, told Anadolu Agency that they expect the southern part of Tripoli to be fully liberated in the coming hours.

Earlier in the day, the army liberated Tripoli International Airport from the militias.

Government forces completely took control of the airport, which had been under Haftar’s control for a year.

In March, the Libyan government launched Operation Peace Storm to counter attacks on the capital and recently regained strategic locations including Al-Watiya airbase in a major blow to Haftar’s forces.