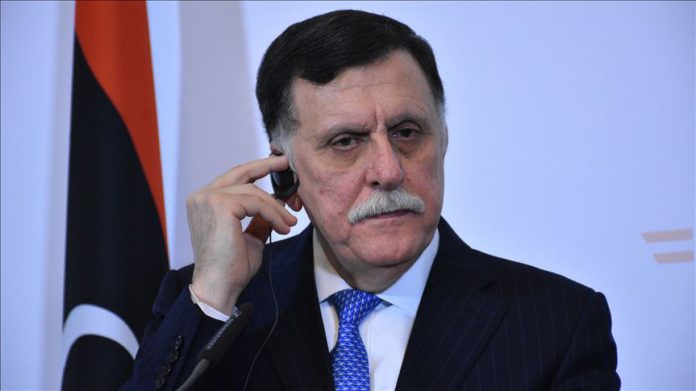 Libyan Prime Minister Fayez al-Sarraj urged the UN on Tuesday to provide “technical assistance” in collecting and documenting evidence of crimes committed by the militia affiliated with warlord Khalifa Haftar.

Foreign Ministry spokesman Muhammad Al-Qiblawi in a statement on the ministry’s social media account said al-Sarraj, in his message to the UN Support Mission in Libya, asked them to provide the necessary assistance to the country’s authorities to investigate the crimes and violations committed in the south of the capital city of Tripoli and city of Tarhuna.

He underlined that al-Sarraj said UN assistance in the field of technical support, human rights consultancy and documentation of violations will be useful at this stage.

Al-Qiblawi also said the Libyan government wanted the criminals to be caught and punished in accordance with the law after a transparent trial over the mass graves unearthed in Tarhuna and mines buried in regions south of Tripoli.

Separately, Nasr Gita, Undersecretary of the Libyan Justice Ministry, said the International Criminal Court should take responsibility for investigating the mass graves and corpses found in Tarhuna, which was recaptured by the Tripoli-based government from Haftar’s militias in early June.

After many civilian mass graves were found in Tarhuna, the Libyan government said Haftar’s militias should be investigated “on the grounds of planting explosives, mines in civilian areas, executions and torture” and called on to the international community to take action.

The internationally recognized government in Tripoli has been under attack by Haftar’s forces since April 2019, with more than 1,000 killed in the violence.

The government launched Operation Peace Storm against Haftar in March to counter attacks on the capital and recently regained strategic locations.