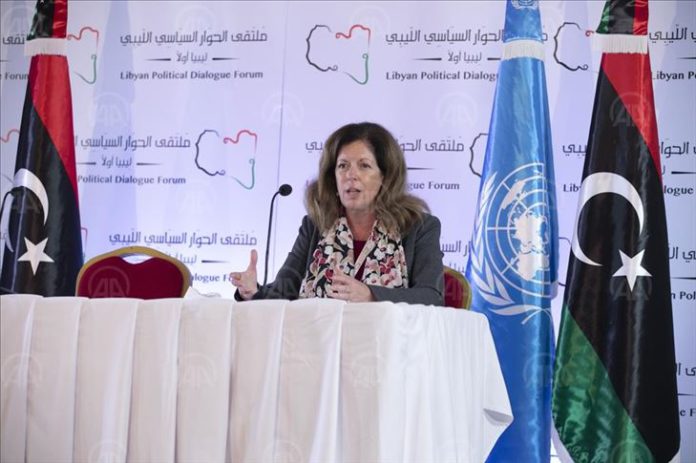 Libyan parties at a Libyan Political Dialogue Forum, organized by the UN, discuss Sunday powers and characteristics of the Presidential Council and the government of the transition period.

The UN Libya Support mission (UNSMIL) submitted a proposal on the new Council and powers of the government to be established, an official who attended the forum who did not want to be named, told Anadolu Agency.

The official noted the UN proposal continued to be discussed until late Saturday and preliminary acceptance was achieved, but some participants demanded minor changes and no full compromise was reached.

Under the powers of the newly established Presidential Council, it is necessary to appoint a commander-in-chief of the army and army staff, appoint managers of state institutions, declare a state of emergency, war and peace in consultation with the House of Representatives, according to the proposal.

Accordingly, the Council must make decisions unanimously because the duties of the president will be limited to overseeing sessions, signing decisions according to the minutes of meetings and representing Libya outside.

Government powers will cover remaining responsibilities of the executive authority, including proposing bills to end the transition period, implementing a roadmap aimed at holding elections at the appointed time, Dec. 24, 2021, and preparing a budget.

In addition, the prime minister will present the Cabinet and the government’s agenda to the House of Representatives in a vote of confidence no more than 21 days from the date of ratification of the agreement.

If the government does not get a vote of confidence from parliament, the issue will be referred to a dialogue forum.

The forum, which was launched Nov. 9 and attended by 75 people elected by the UN to represent different parts of Libya, is expected to end Sunday.

Final decisions will be announced.