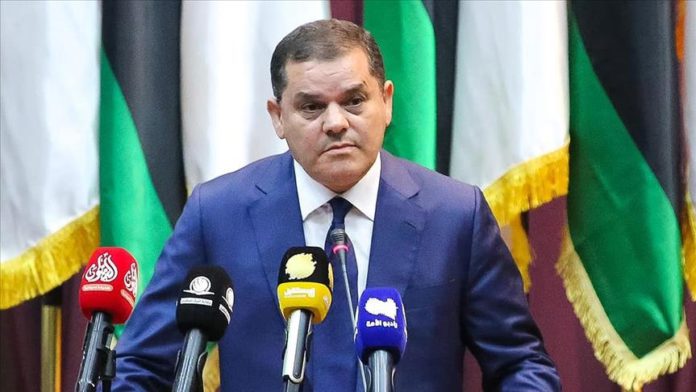 Libya’s parliament has postponed to Wednesday its vote of confidence on a new interim government.

“The parliament decided to suspend [postpone] the session until tomorrow, Wednesday,” Muhammad Al-Raeed, a member of the House of Representatives from the city of Misrata, told Anadolu Agency.

Al-Raeed said: “Tomorrow’s session will be for a vote of confidence for the government.”

Commenting on the possibility of granting confidence to the government or not, he added: “On Wednesday, God willing, we will definitely give it confidence.”

On Monday, the house met in the coastal city of Sirte for a vote of confidence on the new interim government.

The session began in the presence of 132 out of 200 deputies chaired by Parliament Speaker Aguila Saleh.

On Saturday, Dbeibeh proposed a unity government of 27 members, promising that the government will prioritize “improving services, unifying state institutions, and ending the transitional period by holding elections.”

Libyans hope that this will end years of civil war that have engulfed the country since the ouster and killing of strongman Muammar Al-Qaddafi in 2011.

The war was exacerbated when warlord Khalifa Haftar, supported by the United Arab Emirates, Egypt, Russia, and France, among others, carried out a military onslaught to topple the Tripoli-based internationally recognized government for control of the North African country.