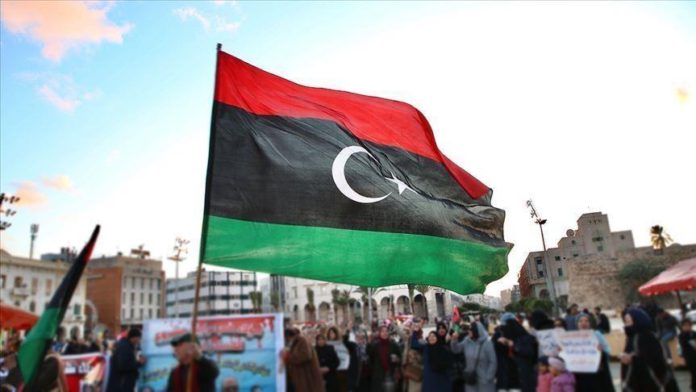 Libya’s parliament has postponed to Tuesday its vote of confidence on a new interim government.

The House of Representatives on Monday summoned Prime Minister-designate Abdel Hamid Dbeibeh to present the outline of his Cabinet, according to a television broadcast of the session.

The house’s Legislative Committee was also directed to submit a proposal to include the outcomes of the Political Dialogue Forum on the Constitutional Declaration, the country’s interim constitution since 2011.

On Feb. 5, the forum concluded by electing a unified executive authority tasked with preparing for parliamentary and presidential elections on Dec. 24.

On Monday, the house met in the coastal city of Sirte for a vote of confidence on the new interim government.

The session began in the presence of 132 of 200 deputies chaired by Parliament Speaker Aguila Saleh.

“Thank God we meet today in Sirte to turn the page on division,” said Saleh.

Earlier Monday, Dbeibeh arrived in Sirte to present his unity government lineup to the House of Representatives.

On Saturday, Dbeibeh proposed a unity government of 27 members, promising that the government will prioritize “improving services, unifying state institutions and ending the transitional period by holding elections.”

Libyans hope that this will end years of civil war that have engulfed the country since the ouster and killing of strongman Muammar Al-Qaddafi in 2011.

The war was exacerbated when warlord Khalifa Haftar, supported by the United Arab Emirates, Egypt, Russia and France, among others, carried out a military onslaught to topple the Tripoli-based internationally recognized government for control of the North African country.

Turkey supports the internationally recognized government and a peaceful resolution of the country’s problems.

68% of India’s capital procurement budget earmarked for domestic industry in...