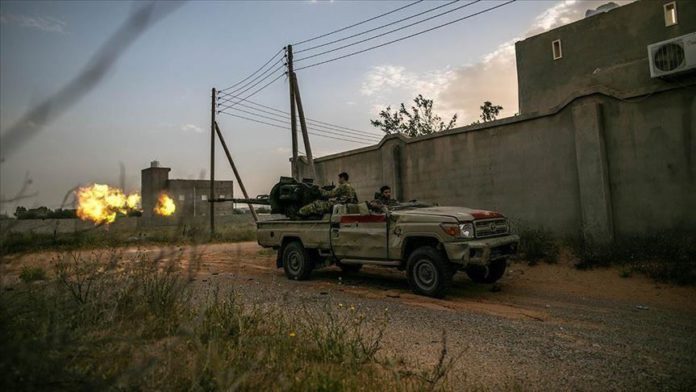 An official from the Libya’s Petroleum Facilities Guards announced Saturday it is awaiting orders to clear oil wells from warlord Khalifa Haftar’s militias.

It managed to open the oil connection valve between the El-Sharara oil well in Ubari and the Millite oil complex, Ali az-Zib told the private Libya Panorama TV channel.

He said work at the El-Sharara and El-Feel oilfields would soon resume but did not specify an exact date for the reopening of the oilfields.

Petroleum Facilities Guards announced earlier Saturday it opened the al-Himade valve that delivered oil from the Sharara to the refinery in Zaviya by contacting residents of Zintan and the armed group that closed the valve.

El-Sharara and El-Feel oilfields were shut down earlier this year.