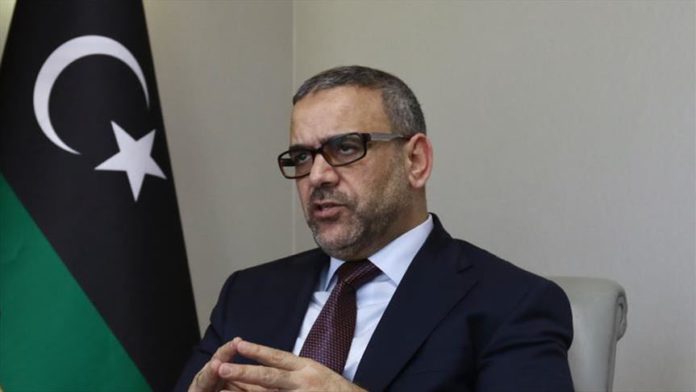 Libya’s UN-recognized Government of National Accord (GNA) consolidated its power following a security agreement inked with Turkey, according to the chairman of Tripoli’s High Council of State.

Speaking to the Qatar-based Al Jazeera TV channel, Khalid al-Mishri praised the military cooperation pact signed between the GNA and Turkey on Nov. 27 in the Turkish metropolitan city of Istanbul, saying the agreement paved the way for the UN-recognized government to “achieve a much better organization and integration in the country.”

On Nov. 27, Ankara and the GNA signed two separate pacts, one on military cooperation and the other on maritime boundaries of countries in the Eastern Mediterranean.

Slamming the UAE’s interference in his country’s affairs, Al-Mishri said the Libyan government’s armed forces now “have the strength and capacity to move from defense to attack and carry out military operations.”

“We are not afraid of Haftar’s mercenaries,” the chairman said.

Haftar’s self-proclaimed Libyan National Army launched a failed offensive to take Tripoli last April, which caused bloodshed and suffering but stalled on the outskirts of the city.