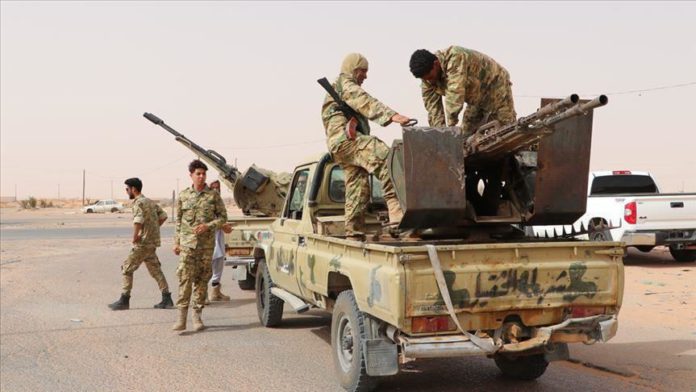 Remarks by Egyptian President Abdel Fattah al-Sisi is “playing the drums of war,” a member of the Libyan High Council of State said late Saturday.

Al-Sisi alluded to the possibility of sending “external military missions if required,” and said that “any direct intervention in Libya has already become legitimate internationally,” while in Matrouh, near the Libyan border.

After the comments, Abdurrahman Shater said in a tweet that Egypt has intervened in Libya’s internal affairs for four years.

He said his country’s security and democracy have been in danger since al-Sisi insisted on bringing in military troops that Libyans did not accept.

“Take your hands off us, do not repeat the tragedy in Yemen,” he told al-Sisi.

Meanwhile, the MPs and the government have been asked to respond to al-Sisi’s threats.

“Sirte and Jufra are a red line,” he said.

The Libyan government has condemned the military support by Egypt, the UAE, France and Russia for attacks by Haftar’s militias on Tripoli which began April 4, 2019.