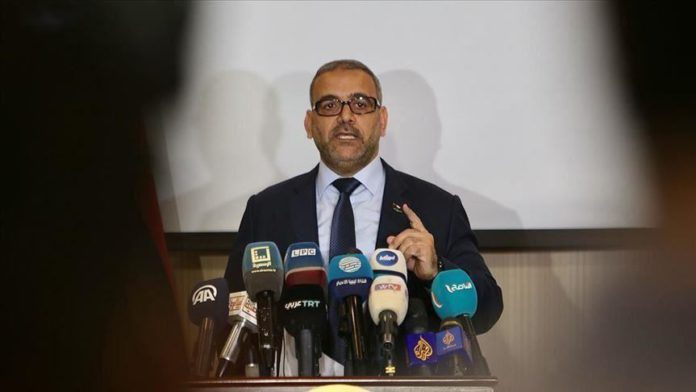 The meeting is part of Rabat’s efforts to resolve the Libyan crisis, al-Mishri said on Wednesday.

“There are efforts being made by Morocco under the supervision of King Mohammed VI to advance diplomatic efforts to solve the Libyan crisis,” he was quoted as saying by Moroccan news channel Medi1 TV.

“In this regard, we visited Morocco [in July], coinciding with the presence of Aguila Saleh in the kingdom. We said we are ready to meet with him in public, but on the condition of international guarantees and the presence of our Moroccan brothers.”

The top official said he was ready to meet all parties to the Libyan conflict on the same conditions.

On Morocco’s role in finding a solution to the Libyan crisis, al-Mishri said: “We trust the Moroccan leadership wants to reach a [just] solution and not secure the interests of one party at the expense of the other.”

The UN recognizes the government headed by premier Fayez al-Sarraj as the country’s legitimate authority, as Tripoli has battled Haftar’s militias since April 2019 in a conflict that has claimed thousands of lives.

Turkey continues to support the internationally recognized government, while Haftar has been backed by Russia, France, Egypt, and the UAE.