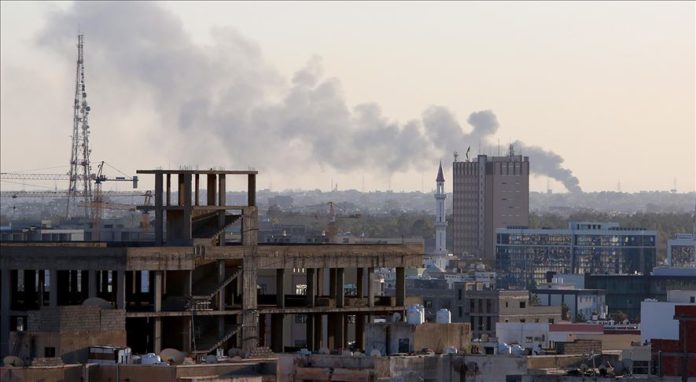 Muhammed Kununu, the military spokesman for the government, said in a statement Tuesday that Libyan government forces carried out an air operation in the Gariyat region about 270 kilometers (167 miles) south of the capital Tripoli and hit a vehicle carrying militias and a supply truck.

No information was given on the casualties.