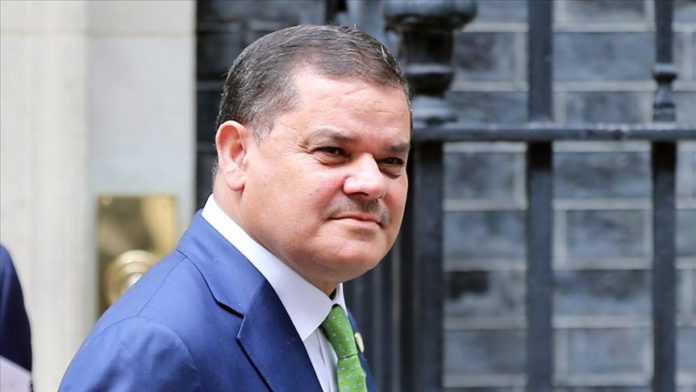 Libya’s prime minister said Saturday that his country does not accept bowing to the authority of warring parties with help and funding they receive from overseas.

“We cannot be under the hegemony of any party that is supported and financed from abroad, that wages war in Libya and is at war with us,” Abdul Hamid Dbeibeh said as he answered questions from Libyans during a live broadcast. He said the government’s goal is to ensure peace in Libya, avoid war and intervention.

Dbeibeh underlined that the Libyan land belongs to Libyans and no army, armed or unarmed group can be monopolized in the country.

“At the second Berlin Conference, we regained the prestige of the Libyan state and presented the initiative. In the past years, the Libya file was completely in the hands of the outside world. Any solution offered for Libya must first go through Libya,” he said.

Dbeibeh also said that parliament is expected to approve the 2021 general budget draft on Monday.

As part of UN-led dialogues, meetings of the 5+5 Joint Military Committee were held Oct. 23, 2020, in Geneva. As a result of the meetings, a permanent cease-fire agreement was signed between the legitimate Libyan government and delegations affiliated with warlord Gen. Khalifa Haftar.

Within the scope of the political process that started after a cease-fire agreement, the Libyan Political Dialogue Forum decided in November last year that elections will be held in December 2021.