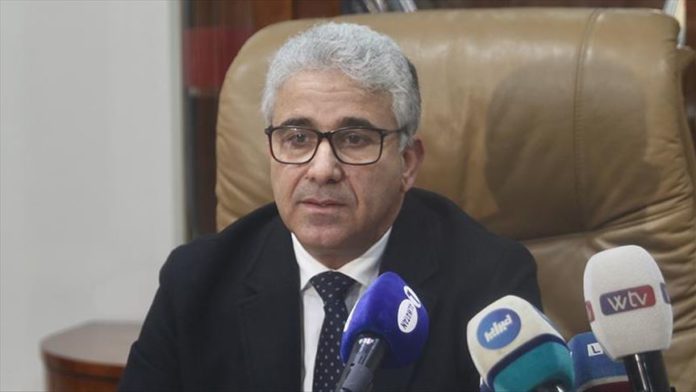 Libya’s interior minister arrived in Cairo on Wednesday for talks with Egyptian officials, according to media reports.

“The talks will focus on common issues [such as] strengthening security cooperation and uniting efforts to confront terrorism and organized crime in a way that preserves the national security of the two countries,” Fathi Bashagha said in statements cited by Libyan Alahrar TV.

Egyptian daily Youm7 said the Libyan official will discuss dismantling armed militias and the possibility of integrating their members into Libyan security agencies.

Bashagha’s visit is his first since he came to office in October 2018. It also comes in the wake of a permanent cease-fire agreement between Libya’s warring rivals during the UN-facilitated 5+5 Libyan Joint Military Commission talks in Geneva last month.

Libya’s Government of National Accord was founded in 2015 under a UN-led agreement, but efforts for a long-term political settlement have failed due to a military offensive by forces loyal to warlord Khalifa Haftar.

The UN recognizes Fayez al-Sarraj’s government as the country’s legitimate authority, but efforts for a long-term political settlement have failed due to a military offensive by forces loyal to warlord Khalifa Haftar.

Turkey’s Borsa Istanbul up 1.27% at close