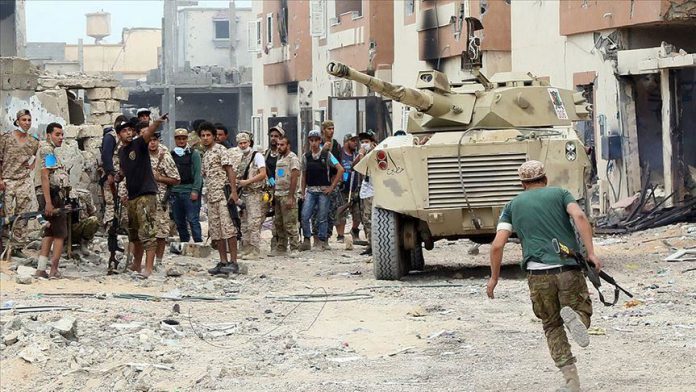 Soldiers of Libya’s UN-recognized Government of National Accord (GNA) on Monday said they repelled an attack by forces of military commander Khalifa Haftar in the north of the country.

Government force in the town of Sirte repelled the attack and destroyed two armed vehicles near the east of the city, GNA forces said in a statement.

“The situation inside Sirte is completely under control, and the clashes that took place on the eve of this day took place outside the city.”