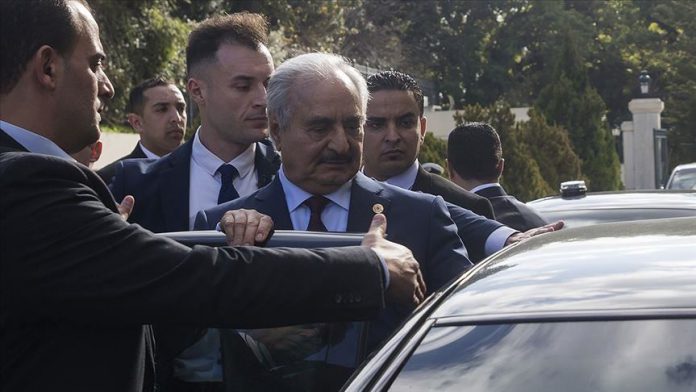 The UN-recognized Government of National Accord (GNA) on Wednesday denounced Syria’s decision to hand over the Libyan Embassy in Damascus to the “government” of east Libya-based renegade commander Khalifa Haftar.

In a statement, the GNA’s Foreign Ministry said the handover “violates UN Security Council resolution prohibiting dealing with any parallel bodies to the GNA, which is the only legitimate government in the country”.

The Tripoli-seated ministry stressed that the move was “a violation of the sovereignty of the Libyan state”.

On Tuesday, the Syrian regime of Bashar al-Assad reopened the Libyan Embassy in Damascus after an 8-year hiatus and