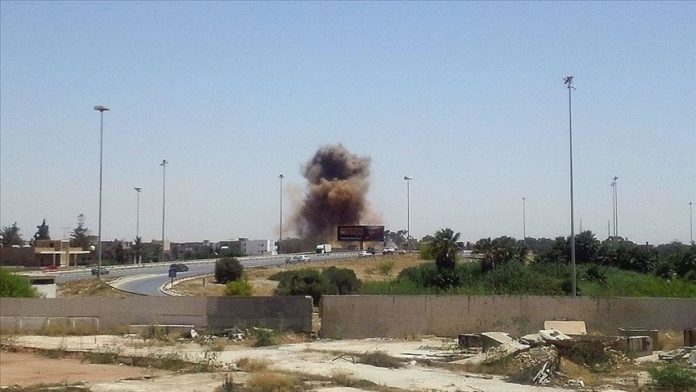 The Libyan government’s airstrikes on Friday neutralized 15 members of warlord Khalifa Haftar militias in the vicinity of al-Watiya airbase.

“The air force carried out airstrikes this morning in the vicinity of al-Watiya airbase — 42 kilometers [some 26 miles] southeast of the base,” Libyan military spokesman Col. Mohamed Qanunu said in a statement carried by the media office of the government-led Burkan Al-Ghadab (Volcano of Rage) operation.

Al-Watiya, located southwest of the capital Tripoli, is regarded as a key airbase in the country and is second only to Mitiga International Airport. It was captured in August 2014 by Haftar, the leader of illegal armed forces in eastern Libya, who used it as his headquarters for western operations.