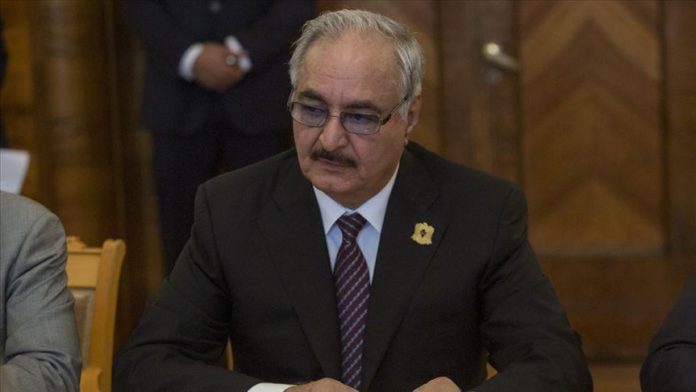 The documents published by the government-led Operation Volcano of Rage showed the illegal seizure of state land and property by the Military Investment Authority, an economic arm of Haftar’s militia.

They also revealed that the warlord had illegally seized assets of agricultural projects and investment projects in Libya.

The government earlier revealed that Haftar’s Military Investment Authority had signed an agreement with the Union of Italian Fishing in March 2019 under which Italian fishing boats were allowed to fish in Libya’s territorial waters in return for 10.000 euros ($11,100) a month for 5 years.

In March, the Libyan government launched Operation Peace Storm against Haftar to counter attacks on the capital and recently regained strategic locations, including Tarhuna, Haftar’s final stronghold in western Libya.

The Libyan government has severely condemned the military support by Egypt, the UAE, France and Russia for the attacks of Haftar’s militias on Tripoli, which began on April 4, 2019.