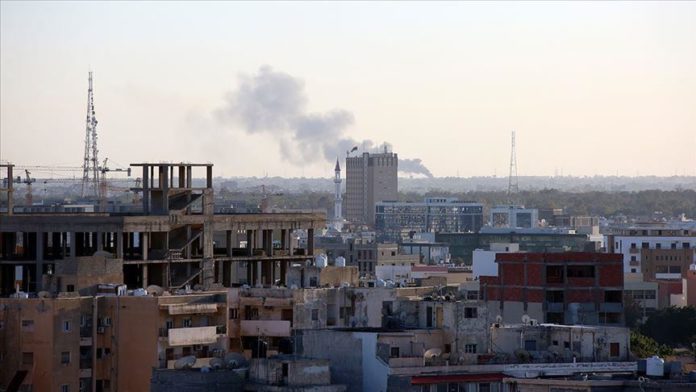 Libya’s High Council of State on Saturday lauded Turkey and Qatar’s role in ending warlord Khalifa Haftar’s offensive on Tripoli and in western parts of the country.

In a statement after Friday’s cease-fire call by the Government of National Accord (GNA) and the pro-Haftar parliament, the council also urged Egypt to engage in a pragmatic manner with the legitimate Libyan government for the interest of both countries.

“We highly appreciate the role of the friendly and brotherly states that supported us in confronting the aggression of terrorist Haftar and his mercenaries, in particular Turkey and Qatar,” read the statement.

The council also stressed the importance of expanding the Tripoli-based GNA’s authority to the entire country.

It also called on all sides to respect the UN Security Council’s resolutions related to Libya.

Turkey and Qatar played a pivotal role in supporting the Libyan government and defending Tripoli against Haftar’s forces, while countries including Egypt, the UAE, France, and Russia supported the warlord.

In separate statements on Friday, the Libyan government and the Tobruk parliament announced an immediate cease-fire in the Sirte and al-Jufra regions, and agreed to hold presidential and parliamentary elections.

The cease-fire declaration has been hailed regionally and internationally, but Haftar is yet to comment on the development.