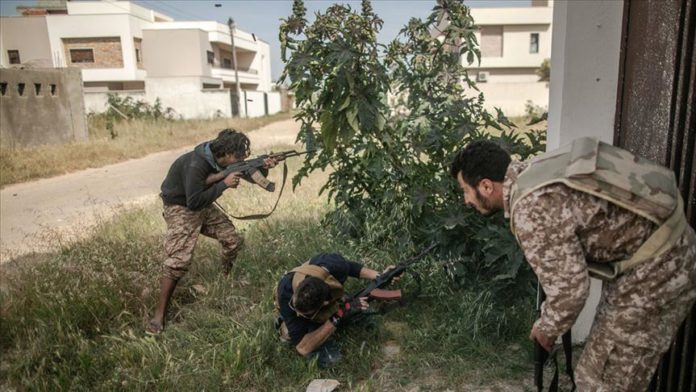 The Libyan army has fully surrounded al-Watiya air base in southeastern Tripoli, rendering it unusable, a government official said Tuesday.

Mustafa al-Majai, a spokesman for the Libyan government’s Volcano of Rage operation, said the base is no longer a threat.

Al-Majai said an operation to seize the base from militias loyal to warlord Khalifa Haftar is still going as planned.

“Some of our soldiers were martyred in an air attack by UAE fighter jets that took off from Al-Jufra air base,” said Majai.

He did not disclose the number of martyrs and only emphasized that al-Watiya air base is out of commission and Haftar’s militias can no longer use it.

The Libyan army carried out an operation on al-Watiya on March 25, which is also when “Operation Peace Spring” was launched. It announced that it had seized control of the base but then had to retreat from the area.